Feeling nostalgic as of late. Probably considering our wedding is FAAAAST approaching. I normally don’t participate in #tbt (Throw Back Thursday) because I’m far too lazy to find pictures old enough to be considered a throw back. I’m talking baby pictures from Mom & Dad’s house. One day I will remember to just scan a lot of them when I’m there and have a backlog of them ready for every Thursday for the rest of my life. I could throw back some middle school pictures, but wait, no, way to awkward looking. [White eyeliner and glitter on my cheeks, yikes] or high school, but wait, no, way to awkward looking. [heavy black eyeliner and refusing to wear anything but inside-out-hoodies and sweatpants to school, yikes again] I could Throw Back some college pictures, but I fear my future in-laws will judge me in a very negative way. Also, these college pictures are still prominently framed in my office and I refused to acknowledge that my college days are now enough in the past to be considered Throw Back.

So on this fine Thursday, here are some Throw Backs of Mark and I. As much of a Throw Back as you can get from only knowing each other 2.5 years. 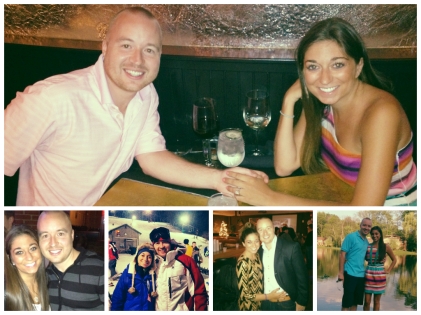 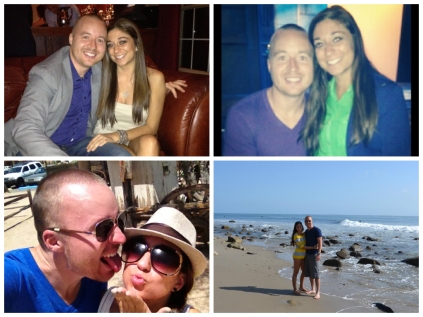 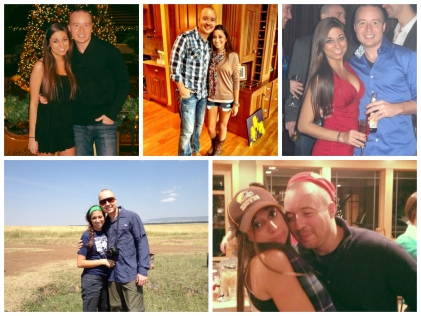 Throw Backs from: the dinner after Mark proposed, the first time I took Mark to THE Ohio University, our first (and only) time skiing, a holiday work party, a dinner date at Gervasi Vineyards, the actual proposal, my favorite picture of us of all time, a picture of us climbing some bamboo trees in Hawaii, us at the Grand Canyon, a night out at Velvet Tango Room in Cleveland, us at a comedy show in Chi-town, a picture of us being slap happy in Arizona, a casual stroll along the beach in Malibu, The eve of New Year’s Eve, a Jason Aldean concert at Blossom, a picture from a spontaneous birthday trip to Florida, us posing for a picture while on a safari in Africa, and finally, a picture from a party we had on Dec. 21, 2012 (End Of The World Party). The End. Happy Throw Back Thursday everyone!

P.S. Sorry for all the pictures but it is fun to take a stroll down memory lane sometimes!